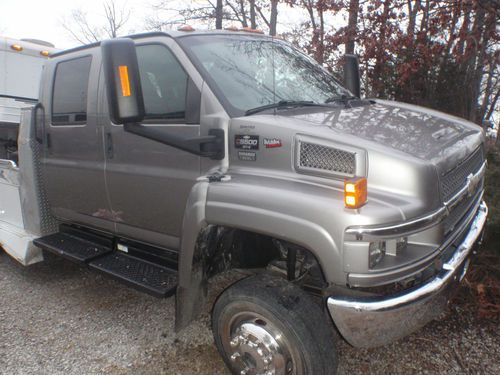 2007 Chevy C5500 crew cab truck for sale.  It is a 4x4 Allison 6 sp automatic with the Duramax diesel and has 143,278 miles on it.  Interior and exterior is in excellent condition.  The bed is an aluminum bed off of a 2005 Freightliner Sport Chassis.  Air ride on driver's seat.  It has a Banks 6 Gun system that currently is not installed.  It was removed from truck at the dealership during transmission recall upgrade.  Truck is for sale locally and we reserve the right to end the auction at any time.