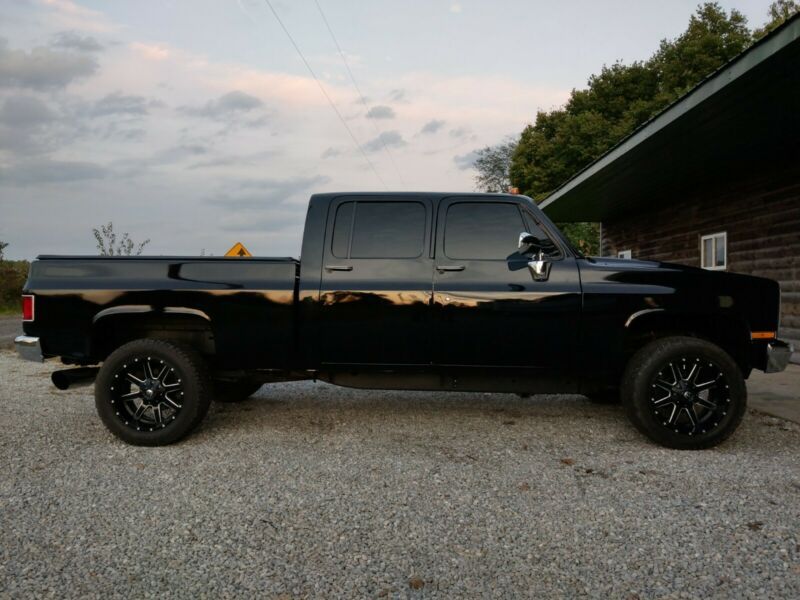 This is a fully custom built 1986 C30 Chevy Silverado crew cab swapped onto a 4wd 2006 Chevy Silverado 2500 crew
cab short bed chassis the body has been extended 2 1/2 to fit the chassis is mounted on to the Factory body mount
positions
It is running the stock 2006 Duramax core support
mishimoto transmission coolant radiator
Engine runs perfect and transmission shifts perfect the chassis and everything on the chassis has 108,000 miles on
it engine is stock not tuned 4 inch downpipe 5 inch exhaust
Interior has 1986 Dash and door panels I put in it 2006 powered seats with new leatherseats.com vinyl covers which
are very nice