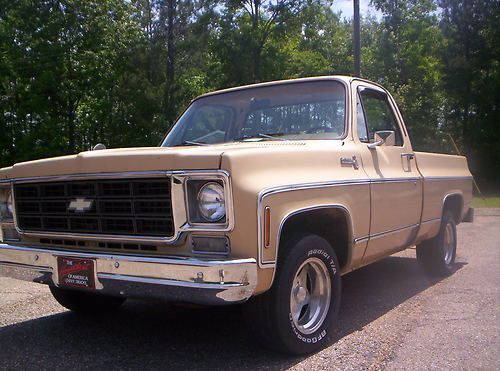 1978 Scottsdale 10. I am 3rd owner of this local truck. 350/auto 4 speed overdrive 4L60, pb,ps, factory gauges with rare tachometer. Upgrades include- autosound radio with pioneer speekers, custom cloth seat, eddlebrock 850 carb, intake,valve covers,dual exhaust, new radiator. This is a clean strait truck but has a few rust spots mainly in the pass fender, as pics will show. Drives and runs very well. I can't load pics now so call me and I will text or email plenty of pics.. 205 602 8093.