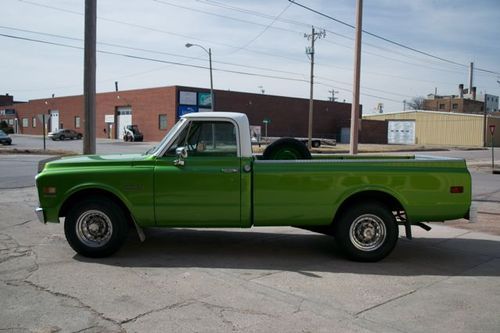 Up for auction today is my grandpa's fully restored 1972 Chevrolet Truck.  I've had the fortune to drive this truck many times and I can tell you you will absolutely love it.  It's got 19,000 miles on it.  Fully restored/rebuilt everything.  New paint, original papers, factory air.  Everything works on the truck except for the windshield washer.  The tailgate has been bent/creased from weight being on it while it was down.  This is just an amazing collectible truck.  Please email me with any questions and I can either get back to you or put you in contact with him.  The truck is located in the Nebraska Panhandle and will need to be picked up, or have delivery arraigned.