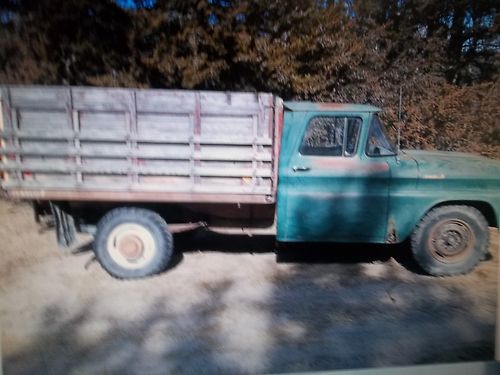 This is a 1961 chevrolet C36 one ton two wheel drive truck with original wood farm bed and stock rack. Its straight six with manual four speed transmission. One family owner. All original and always kept inside. Completely original It runs and drives really nice. Wooden box is in really good condition. The interior is really nice, has a wear hole in drivers side of seat. If any question call 402-760-0658 or 402-387-0934. Thanks for looking