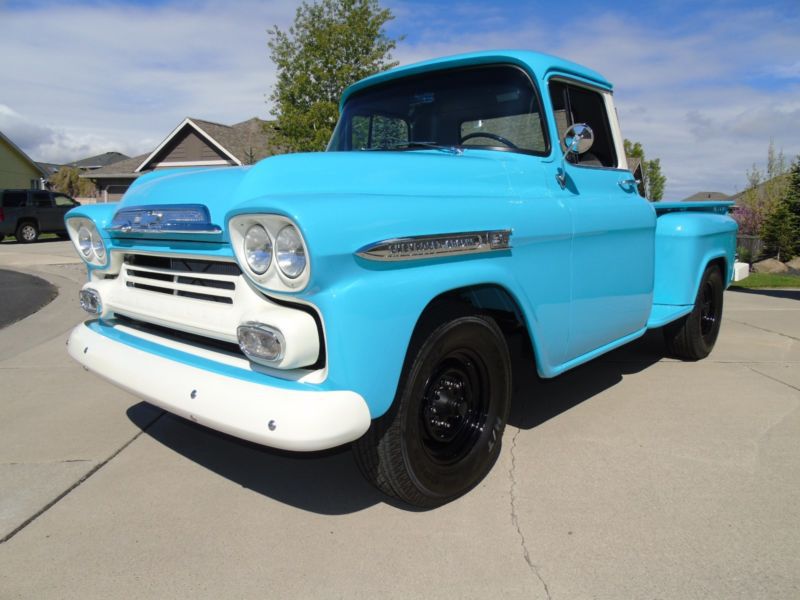 1959 Chevrolet 3600 Ton Pick Up
You are viewing a very nice fully restored truck. Just finished 1 year ago This build
is a complete end to end body off restoration at a very high level. Super clean and highly detailed the truck
shows excellent in all aspects. Runs and drives excellent as well. It has had added high performance features
that makes the truck a very cool ride and bit of a Hot Rod. Perfect for a shop truck or as a tow truck for a
vintage race car of the era. The truck runs and drives excellent.