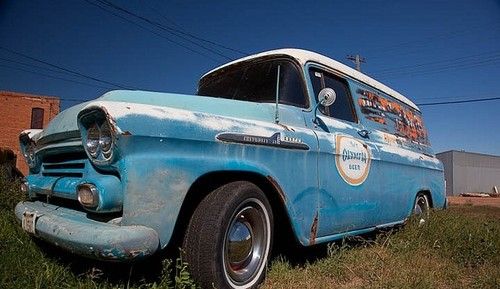 58 panel on an 81 chevy pickup frame, usually  drive it a couple times a summer, had to replace a brake caliper this year n had trouble bleeding brakes, it has enuf brakes to idle around or load on a trailer, anyway runs rebuild radiator, heater core, wipers work blinkers work, power steering airbag assisted rear suspension, custom keg gastank,,,,needs a little work but the hard stuff is done,, I have to many projects.