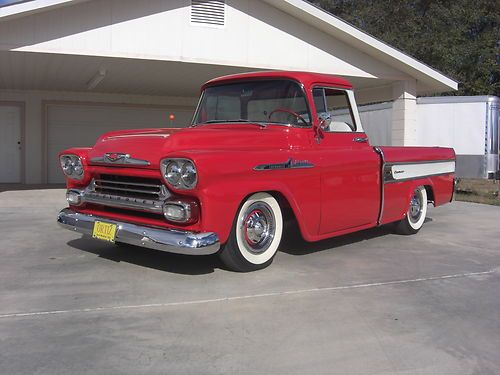 This is with out a doubt one of the finest cameo's available! Truck has less then 1,000 miles on frame off restoration. Truck is lowered by removing three leaf's in both front & rear as well as a fat man drop axel. The 1958 is the most rare of all cameo's. This truck has a OG 283 with a 350 auto trans with after market AC, truck was built to run and it does that very well. This is a New Mexico truck!  As nice as the pic's show, the truck is still nicer in person, must see to believe. Any ? call 505-927-3168.