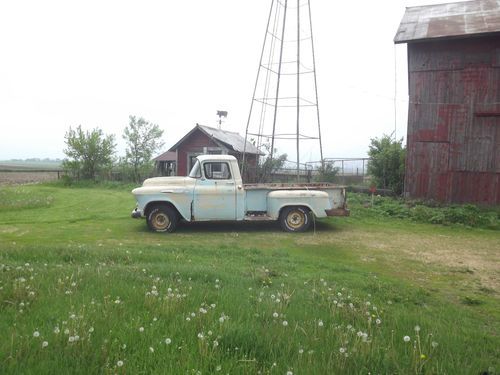 this is a 1957 Chevrolet pick up 3100 with the rare long bed . I bought this truck as a project ,  since then i have completed other projects and have decided to move in a different direction the milage is unknot and states so in the title i am not resposible for shipping but will accomodate and shipping arrangements made by buyer the manuals i will include they are reproductions. there is some rust in the corners of the fenders as is the case with a vehicle this age feel freee to contact me with quistions