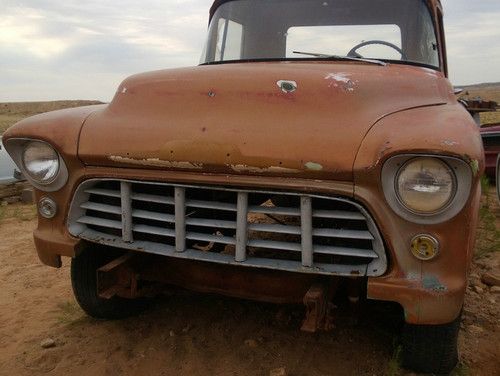 This auction is for the truck body only.
- No Engine or Transmission. (Originally had a 265 V8 Engine and a Hydramatic Automatic Transmission. The automatic cross-member is missing.)
- It has rust in the lower fenders and cab corners, otherwise the rest of the body is good.
- No seat.
- The steering column is missing, but the steering box is still intact.