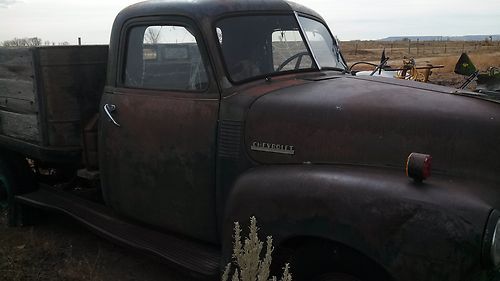 Its a 1947 Chevy, has some dings but the body is solid.  No rust holes.  I bought it 4 years ago with the intention of rebuilding it, but here it sits were I unloaded it 4 years ago.  I bought it a farm auction, and was supposed to get the title but the auctioneer never found it.  Its a solid truck, I hate to sell it buy I hate to see it just sit there as well.