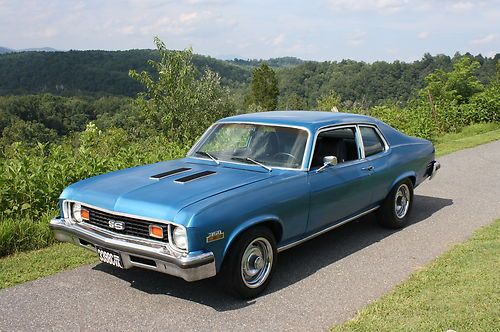 Body, please don't be fooled by the pictures, this car needs a paint job, unless you want to make it a drag car of drive as is. The floor pans are in great shape, there is rust in the trunk floors though. The car needs some body work but not too much.

The interior is decent for a driver quality car, needs a headliner. All of the lights (except the reverse lights, might just need bulbs) work, Gas gauge does not work, horn blows, heat and defrost work. Overall this is a decent car, with a paint job it would be a decent daily driver/cruise in car.

A non-refundable $200 deposit is required at the end of the auction. This car is for sale locally and I reserve the right to end the auction early, so bid early. I can also offer delivery of the car within 200 miles of Lynchburg for a fee, if interested send me your zip code so I can give an estimated fee.