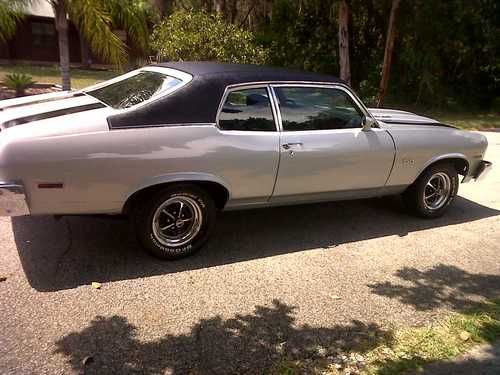 The bad- changed oil with synthetic last month, and now has a oil leek, not bad but over the week there is a spot on the garage, not enuf that I have to add in the last 2000 miles. Typical light rust around hatchback and windshield frame, but not bad. just want to disclose. over all a great looking and running Nova.