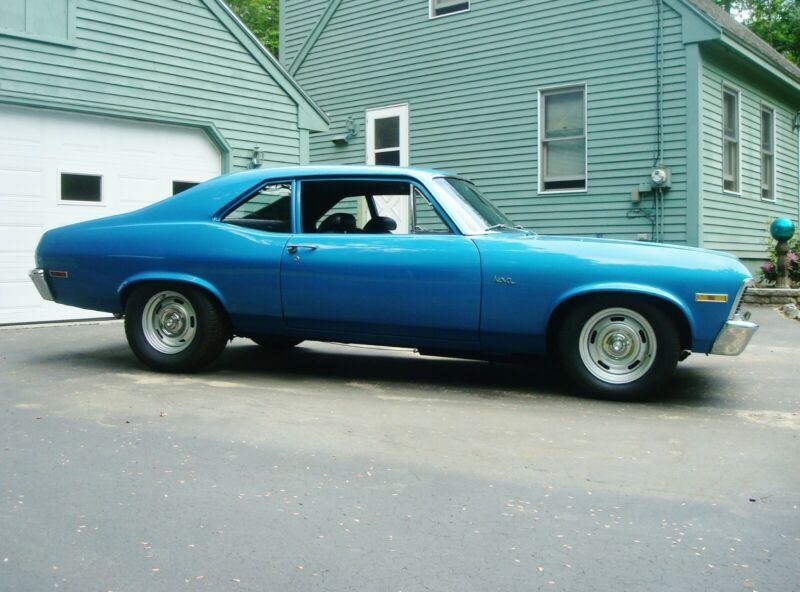 1972 Chevy Nova big block! This car was an old lady car with low miles and a beautiful
body. Has no options radio delete rubber mats. I was told it is the original interior to the car. The car has had 1
repaint in it's original color Blue very nice with a hard deep shine! All the chrome and trim are mint shape as is
the glass. Has a mildly built 396 that runs very nice! The transmission is a M-20 4 speed with a Hurst shiftier.
The rear end is a brute 12 bolt Posi with sway bar mounted. The car has a aw-some stance. Has a full dual exhaust.
The wheels are stock Chevy rally's 15x6 front 15x7 rears. The under side is super clean and dry with original floor
pans and trunk pans. Still retains it's spare tire and bumper jack in the trunk.This is a fresh car ready to show
or cruise nights. Please bid with to buy!! There is a walk around Video on U-Tube. Type in 1972 big block Nova
walk around to see a video of it running.