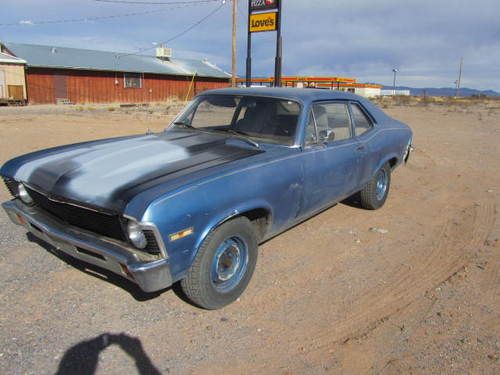 Year: 1971
Number of Cylinders: 6
Make: Chevrolet
Model: Nova
Trim: base
Warranty: Vehicle does NOT have an existing warranty
Drive Type: three speed on the floor
Mileage: 100,000
Number of Doors: 2