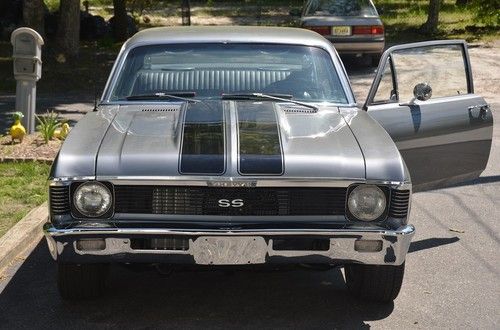 1968 Chevy Nova with Many Extras and a lot of money dumped in!!

Just turn the key and step on the gas!  This car will run in the mid 11's on the 1/4 mile.  Car is a great cruiser now that the new Transmission is in about 2k RPM @ 70MPH

All the work has been done to this car within the last 2 years, i am currently moving and buying a new house that is the only reason i am getting rid of the car.  I have over 20K in receipts of the work that was completed...