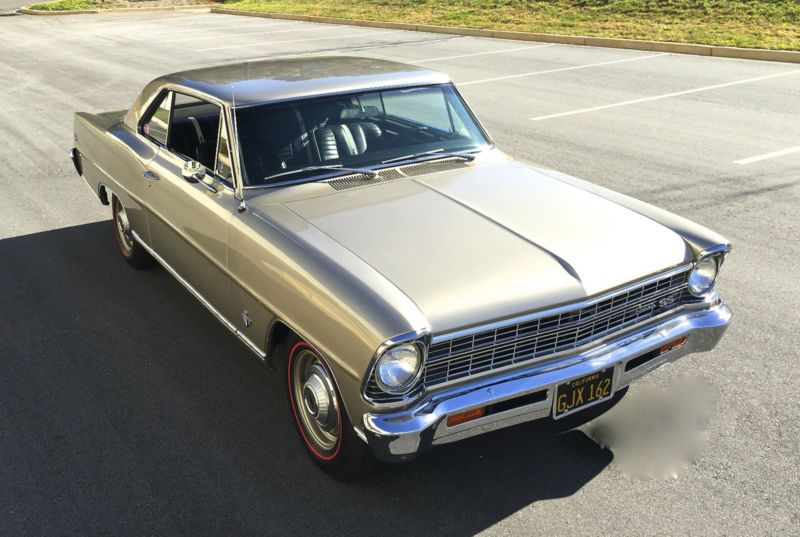 This is a excellent original 1967 Nova SS 327 4-speed. This car was restored by Reggie Jackson "Mr. October" in the
90's. The professional restoration has proven to be a very nice quality restoration as the car still looks fresh.
This car has been maintained to very high standards over the years and it shows. This car is a multiple show/award
winner and was displayed with "Award of Merit" at the Ironstone Concours d'Elegance. This car does come with the
original build sheet and documentation (this is a California Black Plate car). The paint is slick and still very
presentable (still looks fresh). The body lines are tight and the hood, doors, and trunk open and close like new.
The exterior chrome trim is original and not aftermarket. The interior is also in like new condition and all of
the gauges and lights work. The trunk still has the original trunk mat, spare, and jack. The trunk is finished in
the correct "splatter" paint. The glass is still original and in great condition. Don't let the redline tires,
steel wheels, and poverty caps fool you; the factory 327 is very strong and backed with the factory Muncie 4-speed
and 12-bolt rear (this is a extremely fun car).
The block casting # is 3791362 (w/ A-19-7 casting date) and stamped V0303ZA. The block is believed to be original
as well as the 4-speed transmission, and 12 bolt rear. The original snowflake intake is still there along with a
L79 chrome air cleaner. The clutch is new as well as a posi differential added to the car by the previous owner
(the stock differential comes with the car in the eaton posi box).