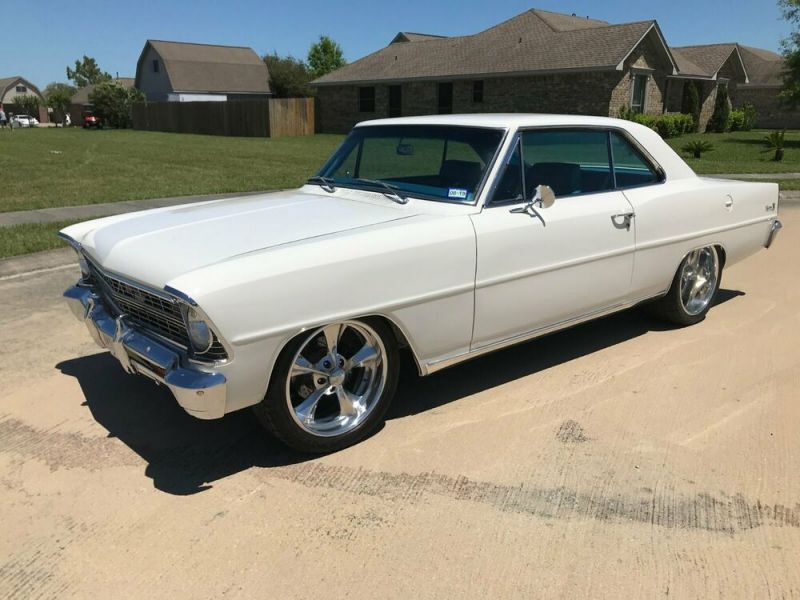 Feel free to ask me any questions about the car : codycmmeinsen@coventryfans.com .

The LS3 motor is out of a 2008 Corvette and runs strong, no smoke, no knock and runs great! I installed a LS3 standalone harness from Go Fast Tuner. Behind the motor is a rebuilt 4L60E transmission which shifts great. The rebuilt rear end is a Ford 9” that has been narrowed to 44” and has 3:55 road gears. It has been 4 linked and wheel tubs have mini tubbed to allow for the 335 30 ZR18 tires. Brand new rubber all the way around with new aluminum Billet Specialties wheels. Front tire size is 225 45 ZR18. Car drives very well at highway speeds with help from the power rack and pinion system. All four corners have coil overs which gives the car that smooth aggressive stance. The Nova has Willwood brake system, with drilled and slotted rotors all the way around.
The car has a new radiator support, new door handles inside and out, new windshield wiper motor, new windshield wipers, new steering wheel, new wheel well moldings, new shifter, and shifter handle, new door hinges, new chrome tilt steering column, new dash bezel, new blue tooth radio, new fuel tank, fuel hose, fuel regulator, new window cranks, new sun visors, headliner, new Dakota Digital gauges, door and trunk locks, new dome light, new 2.5” exhaust, and Flow Master mufflers, new speakers, new mirrors inside and out, car runs cool with the new Vintage air AC system, entire car has new weather stripping throughout, interior has all new headlight, wiper radio, cig lighter knobs, new 4 core aluminum radiator, new seat belts, all new seat covers, all new carpet throughout, new sill plates, new AC compressor, all chrome has been either replaced or set to the chrome for new plating.