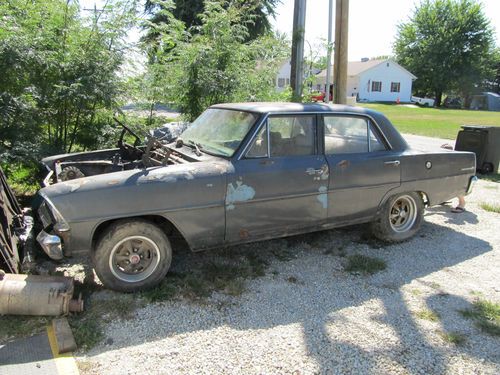 Your bidding on a 1967 Chevy Nova ll 4 door no motor was a inline 6cyl. It has a Muncie 4 speed transmission in the car. Car has been owned by the same person most of its life. The car is in its entirety except for the motor. Solid doors rockers and panels. Call for any other questions. 574-527-4590.