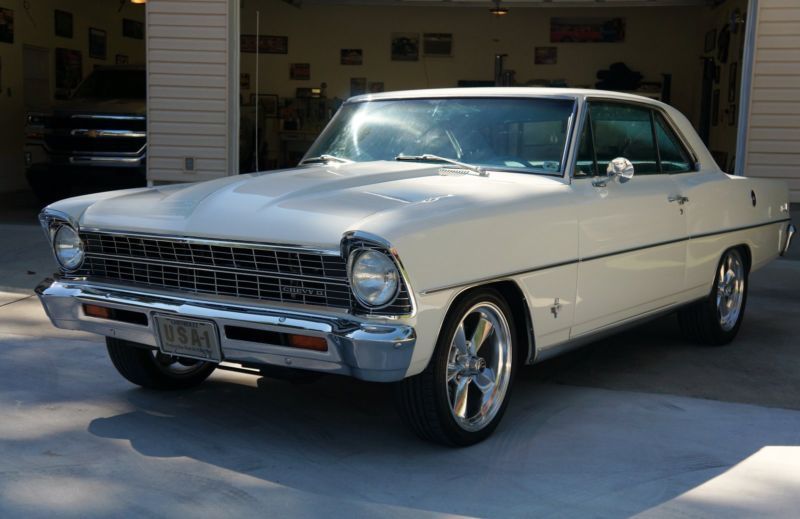 1966 Chevy II-NOVA-MATCHING NUMBERS
This is a Super nice car, I would rather you look at in person than the pictures, it is slick and
pictures doesn’t do it justice, will list some information below, and break it down to be easy to read by
descriptions’. Please read all the ad, RARE car with original sheet metal and all the interior, except carpet.
It’s hard to check prices on this cars, because EVRY car is DIFFERENT, in their unique way.
ENGINE: A 283- 4 bbl. With a mild cam, new Edelbrock carb. Factory 4 speed, shifts smooth, no worries. Runs on
regular pump gas of course.
Engine # 3862194
Factory manifolds with attached bracket # 3790729
Runs, drives, stops and handles great, drive anywhere.
Has new point distributor, Blaster coil, new alternator
Speedometer works and shows 92k miles on the car
Has new fuel regulator
New stainless gas tank with new gas lines from tank to the front
Power steering, handles very good, Runs very good, and main thing is, it is DEPENDABLE. NO swaying, spouse can
drive this car, if you want her to
Under hood has been detailed very nice and looks clean, gloss black
Gauges under dash
Has flow-master mufflers, with stainless exhaust
10 bolt rear end with a 3:73 gear
BODY/EXTERIOR: - Very nice, original body panels, trunk pan, floor pans, glass, trim, etc.