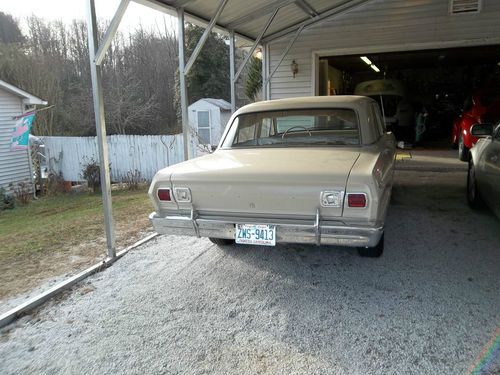 1965 Chevy Nova. 4-dr.sedan. New paint job. New tires. New exhaust system. Several repairs made. All gauges work. All lights work. Paint is base coat clear coat. Do not bid if you have no feedback.