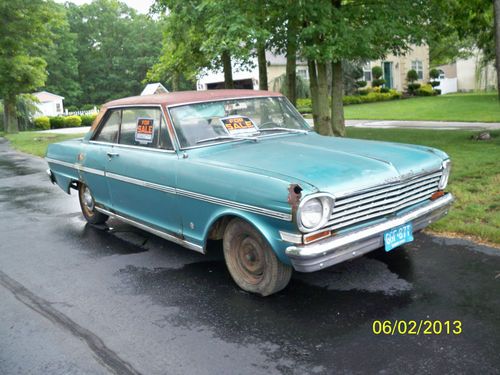 1963 Chevy II Nova hardtop converted from 6 cyl. to a 350 V8 with 650 holly , mild cam and header.3 speed on  steering wheel. Rear converted to 5 lug nut axle. Excellent for short restoration or street rod.  Some body work needed, to include rust in  trunk, and driver side floor pan. Many extra parts included.Being sold as is where is.  856-723-3405