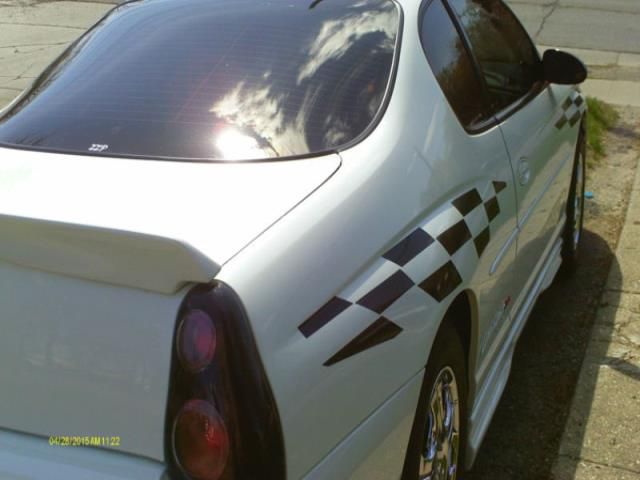 2000 Monte Carlo SS, V-6, dual chrome-tipped exhaust, paint is white with black checked flag graphics on front and rear sides of car. Dark tinted windows all the way around. Only 45,321 original miles! Only second owner of this car. Many after-market additions: slotted disc brakes, headers, racing skirts, 16" chrome rims,etc. Car is kept beautifully, in car-show ready shape and is always covered and garaged. Heat and air work perfectly, also has heated seats and a sunroof. Interior is black leather and has no cracks or tears. Paint on car is in excellent shape. Has leather "racing" mats and gas and brake pedals to match.