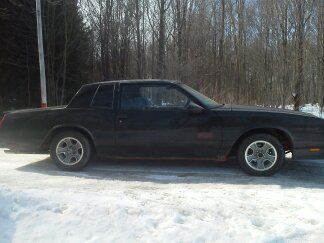 Condition: UsedA vehicle is considered used if it has been registered and issued a title. Used vehicles have had at least one previous owner. The condition of the exterior, interior and engine can vary depending on the vehicle's history. See the seller's listing for full details and description of any imperfections.Seller Notes:"Car shows 87,000 plus miles. I can not verify other than whats on the odometer. Clean NYS title, Not a rebuilt "R" title. iT IS HOWEVER A RE VIN ISSED CAR++++++++++ NY87997 does not say REBUILT OR SALVAGE.No issues with title . Motor has been completely gone through UNDER 500 MILES AGO,bearings, rings,seals, new performance cam/chain. brand new carburetor.nice sounding exhaust, She runs good drives good,looks pretty good{see pics}!Used car issues.; Paint=good, not perfect.T-top seals are bad{cheap here on ebay,$130} & previous owner silicone them in.so you will have to scrape that off, to put in new seals. air conditioned car,with no pump. all in all, shes a good driver ,looks good[minus seals] tires are decent. no major rust,frame is solid, car stored for winters. please ask any additional questions call or Text. 716-790-2462"

Nice driver used car. runs good,looks good{see condition}  get into a classic at a good price. mechanically sound,
please ask questions if you have any. this is a good solid car, you can run as is or fix up a little nicer.This is an 87 and i can send a picture of title to show you. or other areas of interest.    trunk is solid, floors are solid, Stored for the winter. no rot. ready to drive home.

Offer what you have,may be interested in trades atvs,motorcycles,other toys.   Ask ahead of time. 716-790-2462 Text /call