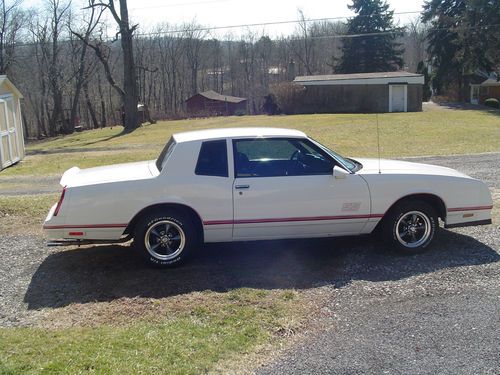 Condition: UsedA vehicle is considered used if it has been registered and issued a title. Used vehicles have had at least one previous owner. The condition of the exterior, interior and engine can vary depending on the vehicle's history. See the seller's listing for full details and description of any imperfections.Seller Notes:"Very good original condition."

Very good original condition. Original paint is thin in spots but still shines well. Interior is all original with buckets and console. No rips or tears and the headliner is excellent. Car has all new brakes and both hard and rubber brake lines. New front wheel bearings. Flowmaster dual exhausts and new professional window tint 35% which is legal in West Virginia. Car is lightly optioned, no AC, no cruise control and no power windows or locks which is somewhat rare for and SS. Wheels in the photos do not go with the car but I have the original wheels aluminum wheels with good tires. No rust issues. Current West Virginia inspection. Car needs nothing and could be driven anywhere.