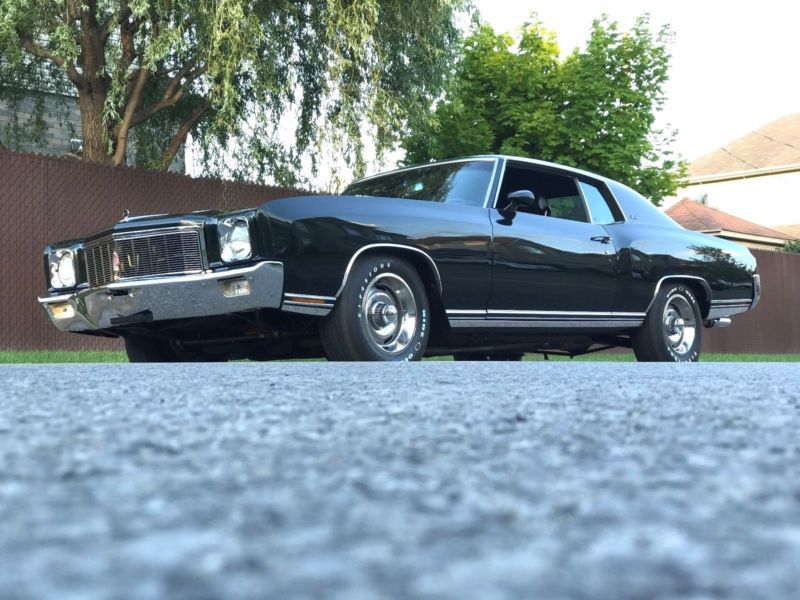 1971 CHEVROLET MONTE CARLO
ONE OF GM's LEGENDARY FULL SIZE LUXURY CRUISE LINERS BUT WITH A TWIST........ THIS ONE IS A FULLY OPTIONED BATTLE
SHIP !!!!
A RARE FACTORY OPTIONED 402 BIG BLOCK NOW RUNNING 425 HP MATED TO A MUNCIE 4 SPEED AND LAYING IT ALL TO THE
PAVEMENT IS A HEAVY DUTY 12 BOLT POSI
TOTAL NUT & BOLT FRAME OFF RESTORATION NUMBER MATCHING AND DOCUMENTED
A PERFECT ADDITION TO A SERIOUS COLLECTOR. TRULY A WORK OF PASSION LOVE AND DEDICATION.