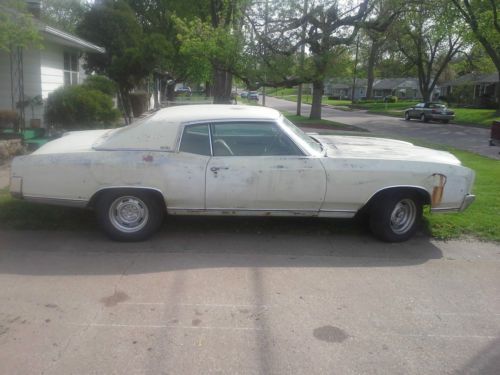 Please read what is below because it will save us both a lot of time and energy; Thank You.

I am not an expert in everything that I sell, and I try to describe my items to the best of my ability and accurately. I believe my listing to be the correct identification and application for the item. My resources are limited so their maybe a few mistakes. Please feel free to do your own research; before you bid. This item is being sold "AS IS", what you see is what you are bidding; so please ask any and all questions before you bid as all sales are final and there are no refunds.

Winning bidder pays for shipping and any taxes that your state requires.

will pay and all shipping rates

Shipping overseas takes time so please be patient as it has to clear your customs.

Due to the large discrepancy between the number of feedbacks that I have left and number that I have received, I will only leave feedback on a transaction once the buyer has left feedback. Please remember; feedbacks benefit both the buyer and the seller.

Any questions? Need additional pictures to help you decide? Please email me at least 24 hours before the end of the auction to ensure a reply.

If I have not heard from you in 3 days or received your payment within 7 days after the auction is over I will be sending you an ebay payment reminder using the ebay dispute system. This will be followed by an unpaid item alert filed with ebay and I will be leaving negative feedback. Sorry about all of this but I am getting tired with being strung out for weeks after the auction is over by buyers that just cannot seem to get their act together.

Thanks For Looking SILVERBACK442 !