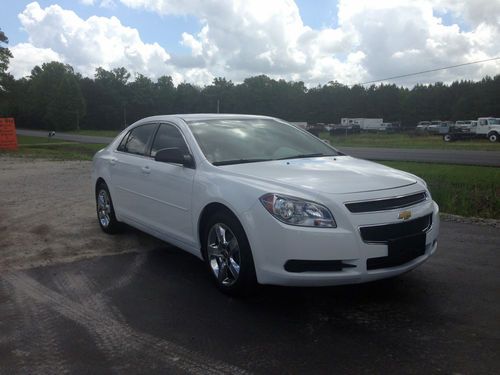 Condition: Used: A vehicle is considered used if it has been registered and issued a title. Used vehicles have had at least one previous owner. The condition of the exterior, interior and engine can vary depending on the vehicle's history. See the seller's listing for full details and description of any imperfections. ...
2012 CHEVROLET MALIBU
I have for listed a 2012 Chevrolet Malibu LS with the 2.4L Flex Fuel Engine. This car is Mint Condition super slick, brand new inside and out, all original paint, all body panels are original, car is straight as an arrow, and drives immaculate. Car has 12,692 miles on it and it looks and drives like it has 100 miles on it. Car just had its oil changed, tires are brand new, and still smells new. Car is salvage title because of low fresh water intrusion, time the car came in, it went straight to the dealership, and all the work was done by them. They replaced the body control module (BCM) and reprogrammed the BCM and the radio, thats it. Car is 100% and would drive it anywhere. Its not a sandy car, its fresh water.. Why buy brand new when you could have one for less half the price, just as good.. For more questions, email me through eBay, and notify me before bidding if you have 0% feedback. Car is also for sale locally, and have the right to end the auction. Thank you for looking and good luck bidding!!!!