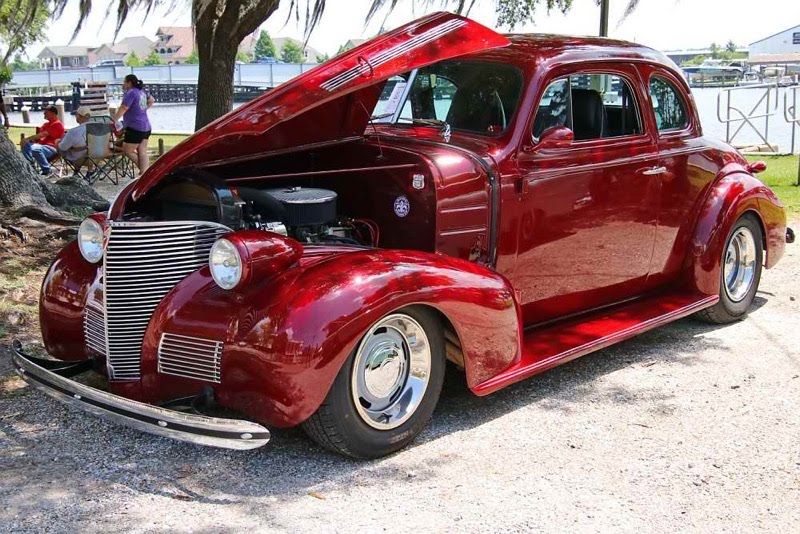 This is a beautiful 39' Chevy Master 85 Street Rod for sale! No corners have been cut with the build of this vehicle and it is ready to be purchased and enjoyed. This Street Rod comes equipped with a 355 8 cylinder engine with 40,000 miles on it, a 700R4 Automatic transmission, and only 62,000 miles overall on the body.

The exterior color is a crimson red metallic, and the interior is a stunning 2-tone grey leather. The overall condition of the car is a 9 out of 10 show quality, it is equipped with power steering, disc brakes on the front, and drum brakes on the rear. It also comes with a CD player, AM/FM radio, USB, Blue tooth, Sirius Satelite Radio (needs a subscription), Vintage air conditioning, and heater. The car has always been extremely well maintained and always garage kept in a temperature controlled environment.

Some of the other things to mention about this beauty;
The trunk and carpet have all been redone, comes with floormats that match the carpeting, All Steel car except the fiberglass running boards, custom exhaust, super trap mufflers, mild cam, clean undercarriage, show quality, trophy winning, Rally wheels, Dog Dish hubcaps, airbags installed, Southern car that was built in Oklahoma, 3rd owner vehicle, new tires and brakes, all chrome was redone with no pitting, glass is in great shape, fresh fluids, clean title, and currently insured and ready for test drives.

There is much more to this car so if you have any other questions please call Thomas at the phone number above to see the car, ask questions, or to make an offer (NO LOW BALL OFFERS PLEASE). No reasonable offer shall be refused. If you are flying in to see the car after a phone conversation the vehicle is closest to the Louie Armstrong Airport in New Orleans Louisiana. Thank for looking!