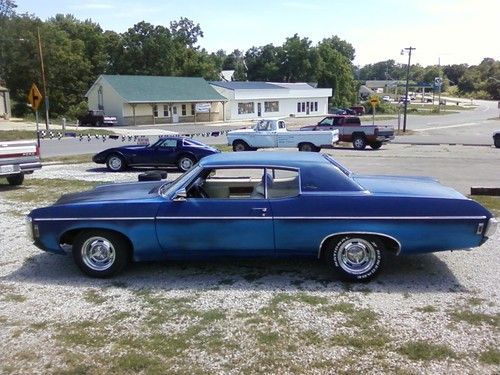 Condition: UsedA vehicle is considered used if it has been registered and issued a title. Used vehicles have had at least one previous owner. The condition of the exterior, interior and engine can vary depending on the vehicle's history. See the seller's listing for full details and description of any imperfections.Seller Notes:"needs restored,runs and drives great,rust here and there,nothing major,headliner is gone,frmehorns behind each front wheel need repaired, and body mount l rear in the trunk needs repaired,small rust spot over r rear tail lamp~small~"