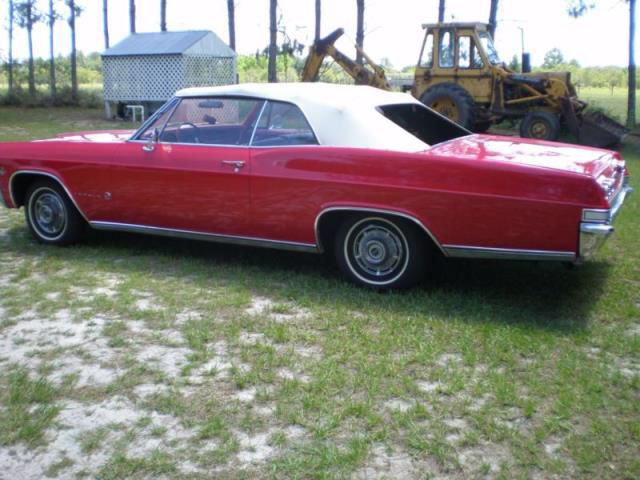 The original owner lived in Tucson, AZ. I still have the AZ plate that came with the car. Also have a copy of original owner's title. This is a fine running 327 stick shift that can be driven anywhere. The shifter was moved to the floor by the original owner. I also have a 4 speed and new Hurst shifter that can be purchased with the car, if the buyer wants it. The original AM radio does not work. Top is in excellent shape with glass rear window. I had the car painted once in 1999 and is still in good shape. I replaced the door panels and carpet as original some years ago. Otherwise the car is pretty much untouched. The seat belts are original. Power options include power steering and power brakes. Of course the top is power. This is a fun car to drive!
if you have any questions feel free to send a message : gobzsdanniechamberlain@mynet.com