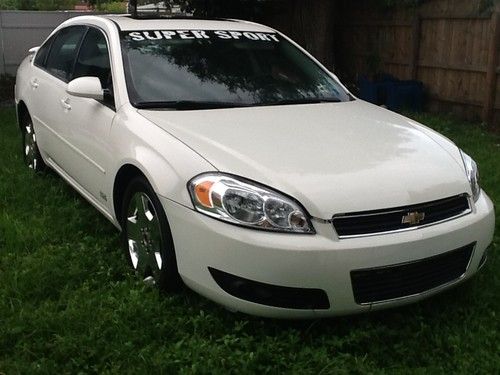 Up for sale is my wife's Chevy impala. I will keep it simple and to the point.this car is fully loaded with 18inch alloy rims.This car is great condition for a 2007 automobile. it has been good to us unfortunately we must sell. This car runs well. The engine is extremely strong,the transmission is smooth and the interior is in excellent condition.this car comes from a non smoking family. Currently it has 85k miles.if you like to listen to music as you drive you will love the Bose sound system.