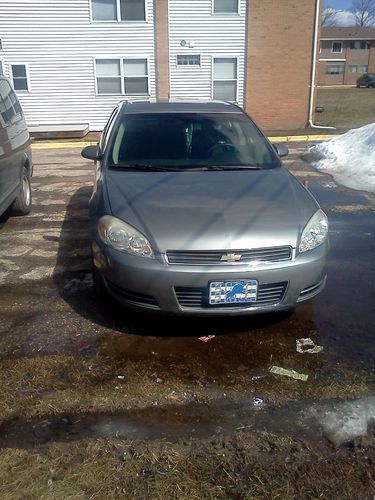 There are small scratches on the doors both passenger and driver's side, and a larger scratch on the hood. There are black plastic trim pieces on each door that have some sun fading. Previous owner dented the Chevrolet symbol in the steering wheel. There is a small dent on the passenger side rear quarter panel. Faint rust spots starting on trunk deck near the chrome trim ( extremely common for this model car) hubcaps are showing some wear and tear but are in overall good condition. The interior is very clean there is a spot on the rear seat that is stained about the size of a quarter. The seats are black so it is hardly noticeable. The car is in overall good condition according to KBB.com I will provide a link to the KBB website below.

The car has remote start and dual zone heating and air conditioning. When using the remote start the car recognizes how hot or cold the interior of the car is and will adjust the temp accordingly. The interior is smoke free.

Please feel free to ask any questions thank you!