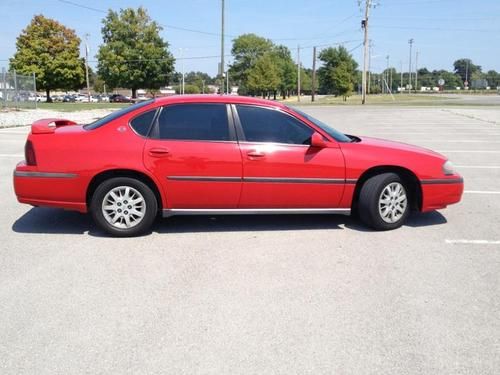 You are bidding on a red 2004 Chevrolet Impala.  This Impala has 134,187 miles with a good condition interior.  This Impala does not have the factory radio installed but it will also be included with the purchase of the vehicle.  It has new tint that is less than six months old.  There is a dent on the front drivers side above the wheel from leaning against the vehicle, some paint fading on the rear spoiler, some scratches, dings, and scuffs that are consistent with continuous use of the vehicle, please see all photos listed.  Vehicle SOLD AS IS, NO WARRANTY, NO RETURNS, OR REFUNDS.