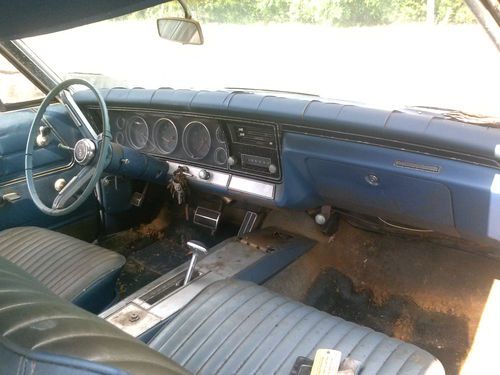 Condition: UsedA vehicle is considered used if it has been registered and issued a title. Used vehicles have had at least one previous owner. The condition of the exterior, interior and engine can vary depending on the vehicle's history. See the seller's listing for full details and description of any imperfections.Seller Notes:"two door hard top 327 motor runs needs trans redone and body work.has bucket seats and concel all factory have preto plate and paper work form newruns good has all ss caps needs metal work on qauters and truck and under back seat ."