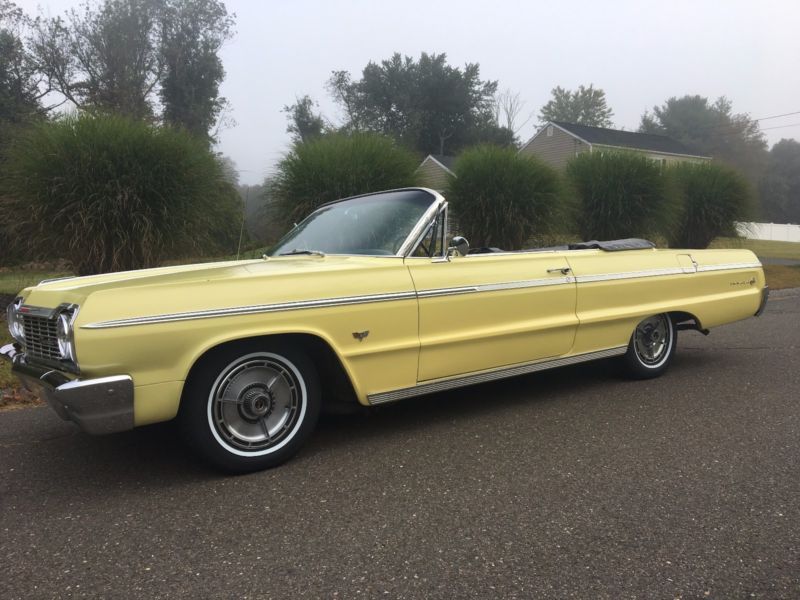 The car is factory Goldwood Yellow with an all black interior and a black top. It has a 327 / 300 HP V8 engine
with a 4 speed shifter. The car has approx. 69,790 miles as of today and according to all the paperwork it is
original.
The VIN number 41467T308436 is decoded as a 1964 Impala SS V8 2 dr. Convertible assembled in Tarrytown, NY.
According to the previous owner the Impala just sat in his heated garage under blankets because he never had time
to drive it around. He had the car for approx. 13 years and only put 1775 miles on it. As soon as I got the car
I had a major tune-up performed because the car felt sluggish, see receipt for repair details. I also purchased
four (4) brand new Maxxis MA-1 P215/70R14 radial tires from Coker, they only have 500 miles on them now. It gives
the Impala a really nostalgic attitude with the SS hubcaps.