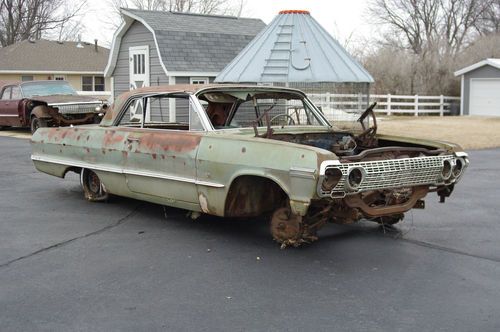 Condition: UsedA vehicle is considered used if it has been registered and issued a title. Used vehicles have had at least one previous owner. The condition of the exterior, interior and engine can vary depending on the vehicle's history. See the seller's listing for full details and description of any imperfections.Seller Notes:"These cars were removed from a grove after sitting there for 40 years. The frames and floorboards on these vehicles have large holes in them. There are no engines or transmissions included in this sale. Please look over the pictures VERY carefully to know EXACTLY what kind of shape these cars are in. WHAT YOU SEE IS WHAT YOU GET!"