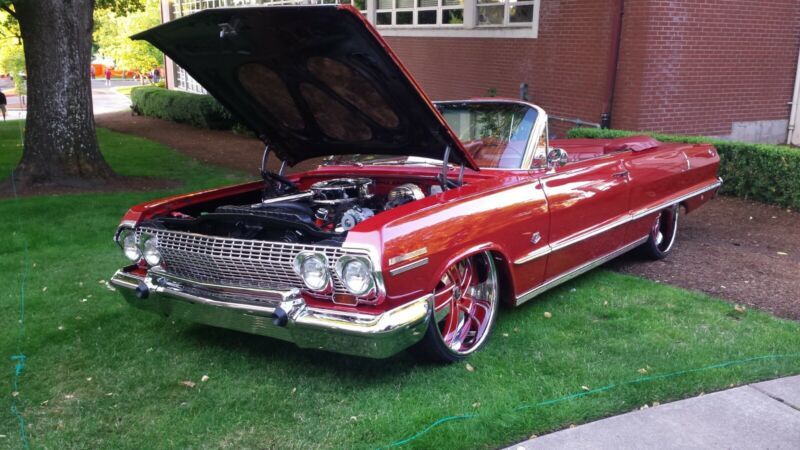 1963 IMPALA CONVERTIBLE 409/340 FOUR-SPEED MATCHING NUMBERS CAR
complete restoration in 2017 parts and frame powder coated engine /transmission/rear end all rebuilt nothing left
untouched. Full RideTech air suspension custom 22" wheels in front, 24" in rear Un-molested car with all stock
parts. will not find a finer 63 impala. Leave as a show car or easily put back to all original daily driver.
Contact kenny 503-475-4803 with any Questions