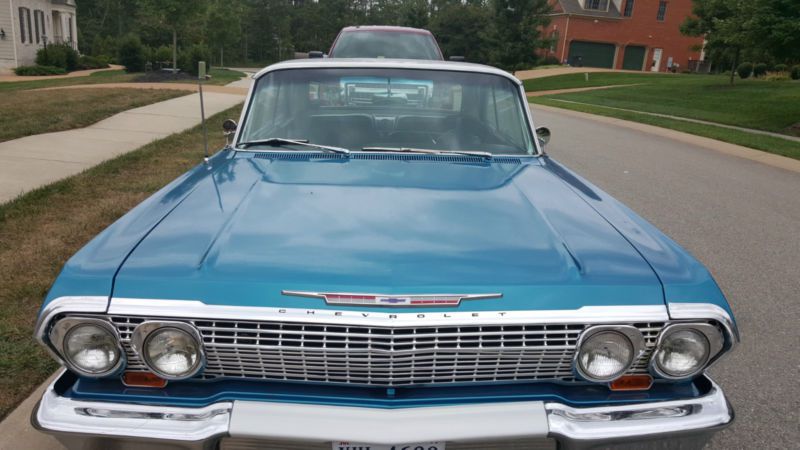 If you have more questions or want more details please email : laurenceleethen@ukartists.com .

Blue & white 1963 Impala 2-door coupe body type with black sued & leather interior. The dash is blue &white, radio works, starts immediately, clean engine, new rims, no leaks, drives like it's new, it is not a race car, but this Impala will leave most traffic in the rear view!