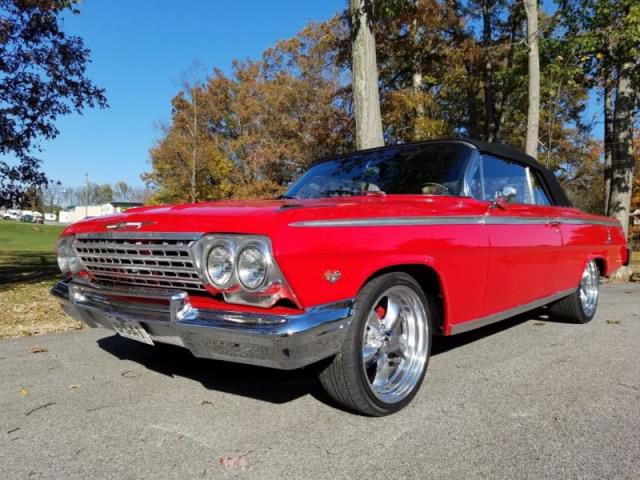 For sale we have a 1962 Chevrolet Impala Convertible. This is a beautiful rust free car and has an exceptionally slick paint job as illustrated in the pictures. This car comes complete with 4-wheel disc brakes, vintage air, new rebuild on the 283 engine and turbo 350 transmission. The car is very dependable and drives out very well. We have performed upgrades such as dual brake master cylinder and upgraded alternator. This car also has a power convertible top and custom 18 front and 20 rear wheels. This is an exceptional car at a fair price! The pictures do not do the condition of the car justice.