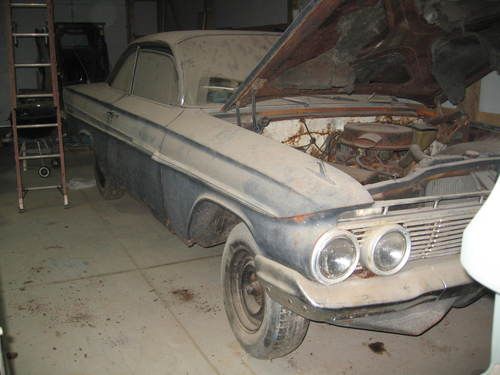 Ready for restoration rare 1961 Bubble Top. Looks mostly original and mostly complete. Needs some TLC to bring it back to life. I purchased this vehicle from a seller in Branson Mo. about 7 years ago. Seller indicated he bought it from a seller in Texas. Car has NJ plates still on. Down-payment of $500.00 required within 48hrs of close of auction, Balane due when vehicle is picked up, Cash or certified check.  Contact me with any questions or if you want additional photos.