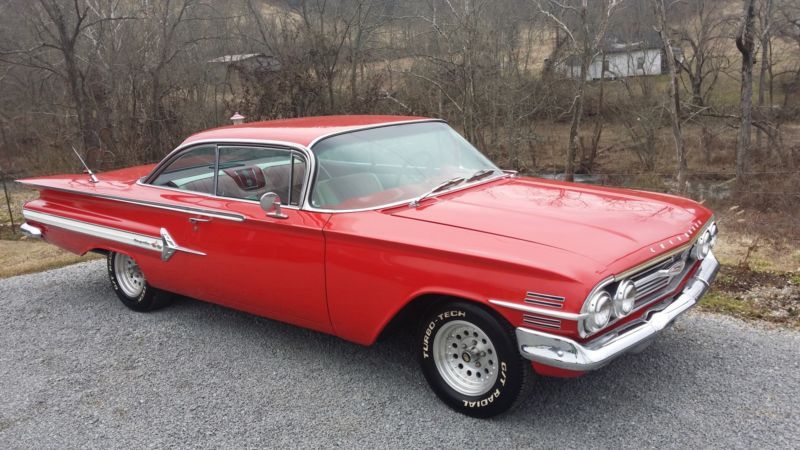 Fully restored(in 1978) off frame 1960 Chevrolet Impala 2 door hard time that is in good solid
condition. It is a V8 283, 3 speed on the column that runs out fine. its a beautiful car that just needs an owner
to show it some love. The speedometer shows 78,446 and I was told that that is original miles on the car.