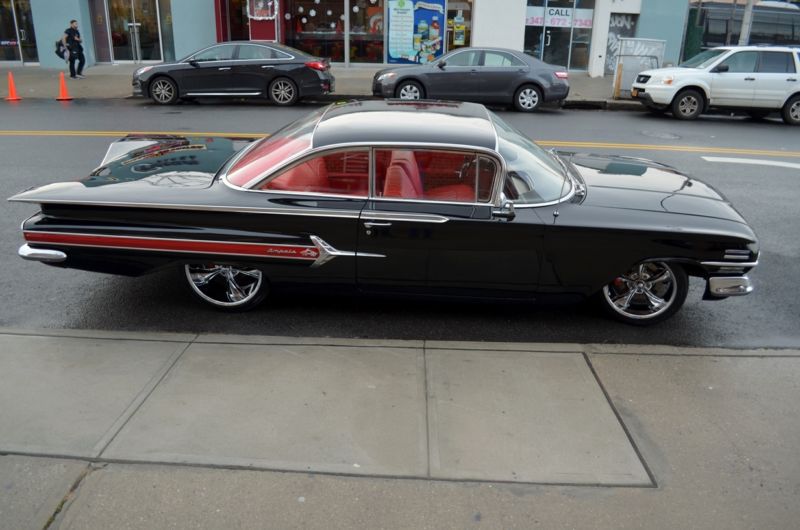 More infos regarding my car at: karlynkaamburgy@artfriend.com .

1960 Chevrolet Impala Bubble Top Coupe. It has been tastefully resto-modded to bring it into the modern times for it to look and feel like a true custom hotrod with some of the best components and quality accessories. The original 283 was gone through and runs good, as does the transmission. The Sinister Black paint looks great with the Red Impala Stripe that accents the brakes and the interior. The chrome and stainless trim are in very nice shape with normal wear. The interior is mint, and looks amazing. Custom upholstered seats, custom stitched door panels and headliner, and custom carpet all come together in a Vibrant Red. The trunk is also custom upholstered to match the color scheme in black and red. The brakes are a WILWOOD Full Floating Rotor Disc Brake Setup on all 4 corners. The wheels are chrome and staggered, 20x10 in the rear (for a big lip) and 18x8 in the front with new tires all around. The suspension was lowered on coil springs for better handling, but mostly for great looks and that perfect stance. It's a great looking car with all the right features and gets insane amounts of attention wherever I go.