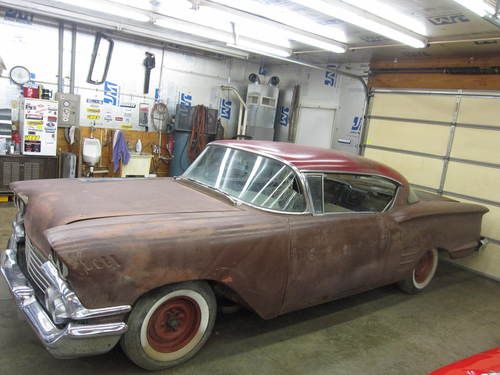 1958 Chevy hardtop 2 door Impala
It is a complete car
Barn find, stored 20 plus years
Project car, not running
348 tri-power
4 speed
Have all parts and stainless