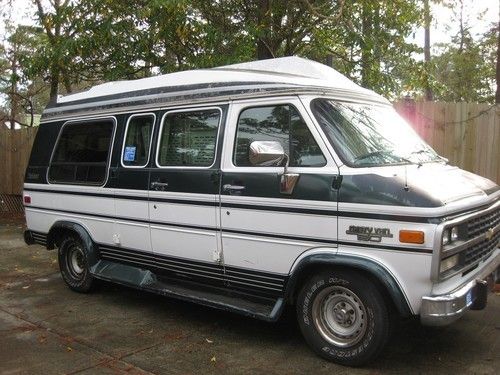 Wheelchair lift by River Crow, holds up to 750 lbs.

YOU CAN DRIVE THIS VAN ANY WHERE IN THE US NO CHECK ENGINE LIGHT, NO LEAK, NO RUST> BUY IT NOW THE VAN IS YOURS. HIGH TOP VAN WITH TV AN SOFA BED.

General Condition Is Very Good For The Age Of The Van