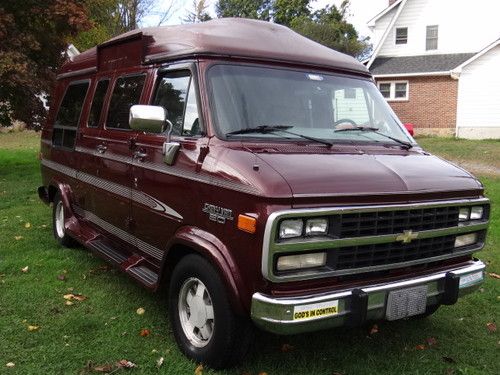 1995 Chevrolet g20 conversion van   Handi-cap accessible....Very well maintained    Very good van clean in and out has very minimal rust and a dent on back passenger side as you can see in the photos  Runs great and drives great...... A/C and heat work well as do all electronics   Has entertainment system but unhooked right now.. Also has queen size bed and many other features   Built-in emergency air compressor     Over all a great van..... It has a Ricon chairlift that is less than a year old works perfect      Selling it because we don't use it anymore and starting it at a very fair price with no reserve!!!!   Highest bidder takes it!!!!!!