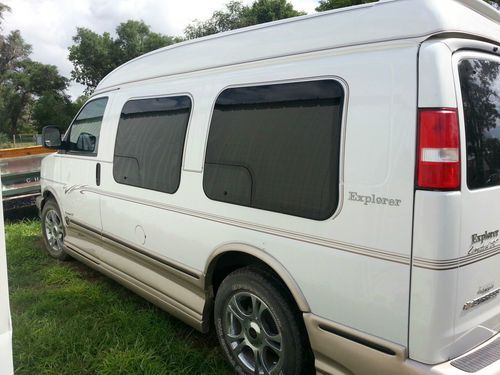 This van is a nice ride we just bought it a few months ago but we need a different van for wheelchair ramp. Not a thing wrong with this vehicle it rides nice a/c works . Has  a 27 inch TV with DVD and VHS also has a cd player in the back as well as the front, it also has a sirrus satellite receiver. There are no holes or rips in the seats there is a lot of room.