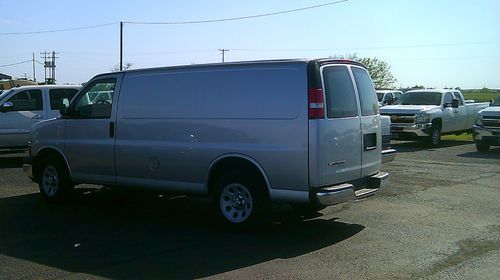 Last 2012 I have. Must sell.  Nicely equipped with Chrome Pkg, Custom Cloth seats, am/fm Stereo, Power Windows & Locks, Tilt & Cruise, Rear Door Glass, and the very dependable & efficient 5.3 V8. We can transport coast to coast. We need a buyer for this van. Call George Eischen @ Pete Eischen Chevy at (800)749-4412. Centrally located in Oklahoma. Thanks for looking!!