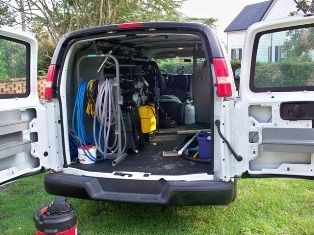 She is a fantastic work van and gets good mileage.

Has been well maintained.

Lettering has been removed from van. Sold business.

This is a great van and I hate to sell her but I don't need her anymore.