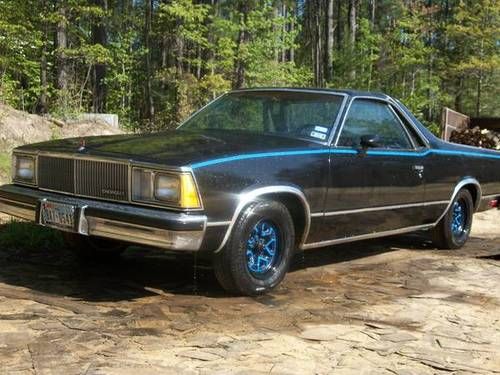 I have a black 1980 El Camino with a 305, a 350 came kit in it, rebuiltexsalst flowmaster, new quadroget carborater.new dask kit, farly new carpets new headliner, custom pin stripping, custom stock rims, air shocks, custom box with sound system with 10's (oppional). Has fearly new Crome all the way around needs a vinal top and or a paint jop is all. Has been a first great project car, runs great. Trying to move on to something more my type car. Wanting 4,500 or OBO. I could go on listing things about this old El Camino, if wanting more info call (903)-(824)-(0368)- when calling you must state your buesisnes at the answering machine. Ask for Robert Earnhart-Thank You.